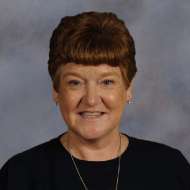 Tammy Mcdowell
[email protected]•931-648-5646
Welcome to Second Grade! I have been employed at CMCSS since 1997. This year I am super excited to join the Falcon Faculty. I earned my bachelor's degree at Murray State University and my master's degree at Trevecca Nazarene University. My hobbies include reading, traveling, and watching sports (UK Basketball, Titan's Football, & NASCAR Races). Reading aloud with your child 20 minutes each day will help your child experience academic success! Please don't hesitate to contact me if you have questions or concerns!
This user account status is Approved

This user has not added any information to their profile yet.

Paper & Pencil for each player

Both players call out their numbers. (You might have them verbalize: “Six tens and two ones equals sixty-two.”) The player with the largest number gets all four cards.

In the event of a tie (if each player has the same 2-digit number), war is declared.

Play continues until one player has collected all of the cards in the deck.

Meals can be picked up on Mondays, Wednesdays, & Fridays 10:00-noon at Minglewood during the school closure.

Paper copies of continued learning resources are available to be picked up at Minglewood on Mondays and Wednesdays 10:00-noon.